The Beauty of Impermanence – Snapchat

The Beauty of Impermanence – Snapchat

The rise of the internet is firmly on its way with new apps being developed daily. One of the apps to come to the forefront of technology is Snapchat. This is an application where friends can send each other photos with captions. However, the receiver has only 10 seconds to view the photo. 10 seconds screenshot it or it is gone forever.  Why is it trendy? Snapchat is youthful, instant and impermanent.

After privacy scandals on the internet of websites storing your information on their server forever, it’s appealing to the average person that the photos disappear after 10 seconds.  Another appealing factor, is that you are dealing with the small amount of people you have in your phone contacts, not the billion and one Facebook contacts who you never see in real life.

With more than 20 million snaps shared daily, it was not going to be long before corporations tried to catch onto this trend. Let’s have a look at firms who have moulded the app to suit them and how Snapchat have developed a Stories function, allowing you to add a “snap” to a feed for 24 hours before it vanishes. This lets users and brands build up a narrative of their day and let their stories be viewed several times before the 24 hours are  up. 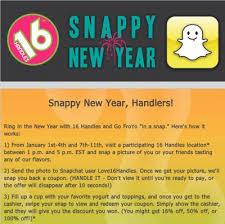 This was the first company to manage the Snapchat app as a business opportunity in January 2013. This company asked their customers to take a photo of them enjoying their 16 Handles product and send it to them  via Snapchat. In return they would get a snapchat from the company’s account with a 16%, 50% or 100%  discount. The exciting part was that to get the offer, one would have to show the shop assistant the offer  counting down. Therefore the customer did not know the discount until they went to the till, adding to the  thrill of buying a product from 16 Handles. 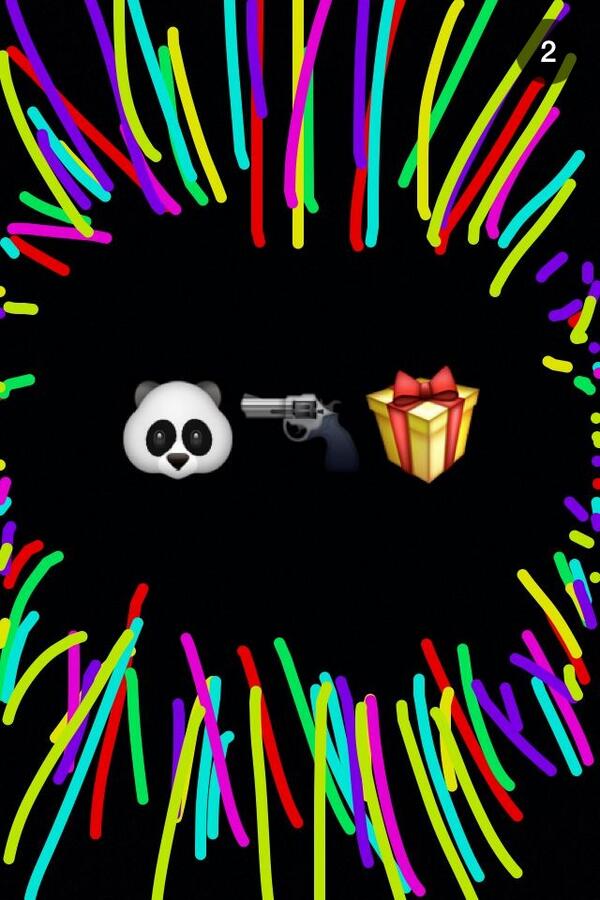 Another brand to use the Snapchat app was Taco Bell, to make an announcement about the re-introduction of the Beefy Crunch Burrito. They told customers that they were sending all of their friends a secret announcement. With Taco Bell being a mass corporation in America, it gave them the opportunity to grow a personal relationship with their customer base, connecting to them directly.

A brand that has introduced Snapchat to connect with its viewers, is “Girlsâ€, the hit tv show from HBO.“Girlsâ€ has used Snapchat to send out an emoji version of  a quote that lead character Shoshanna Shapiro said.To follow, they have had sneaky pics from the lead actresses from the red carpet.  With it being  a show about 20 year old girls, there is no better platform to engage with their audience than on Snapchat.   The show has brilliantly  adorned the social media platform’s logo of a ghost in Hannah’s  infamous yellow mesh vest.

Snapchat is undeniable fun. It does not require a huge amount of investment from businesses. Unlike Twitter, Facebook or pinterest, it’s difficult to deduce the level of engagement with customers, with brands looking  to Twitter for what interaction their Snapchat has received. The question now is, will Snapchat monetize this platform and make it suitable to track analytics?

Whether it’s for a forthcoming event or something to promote your business, videos are the …

How the Pandemic Made Remote Video Production a Reality