In early 2021 we started collaborating with Jose Cuervo to make a series of video commercials for two of their biggest products. The brief was simple enough –  beach party and rooftop bar – except it was March, we were in the third month of an interminable lockdown, averaging roughly 8 hours of anaemic sunlight a day, and there was a pandemic raging in nearly every country on earth.

Eight months later, Cuervo is releasing their new ads across the internet and we couldn’t be more thrilled with them. But it wasn’t all smooth sailing, getting from the initial concept to the finished videos took a lot of problem solving and more than a few late nights. Here are the most important things we learned about making big budget videos during a pandemic along the way.

Be Flexible With Your Concept 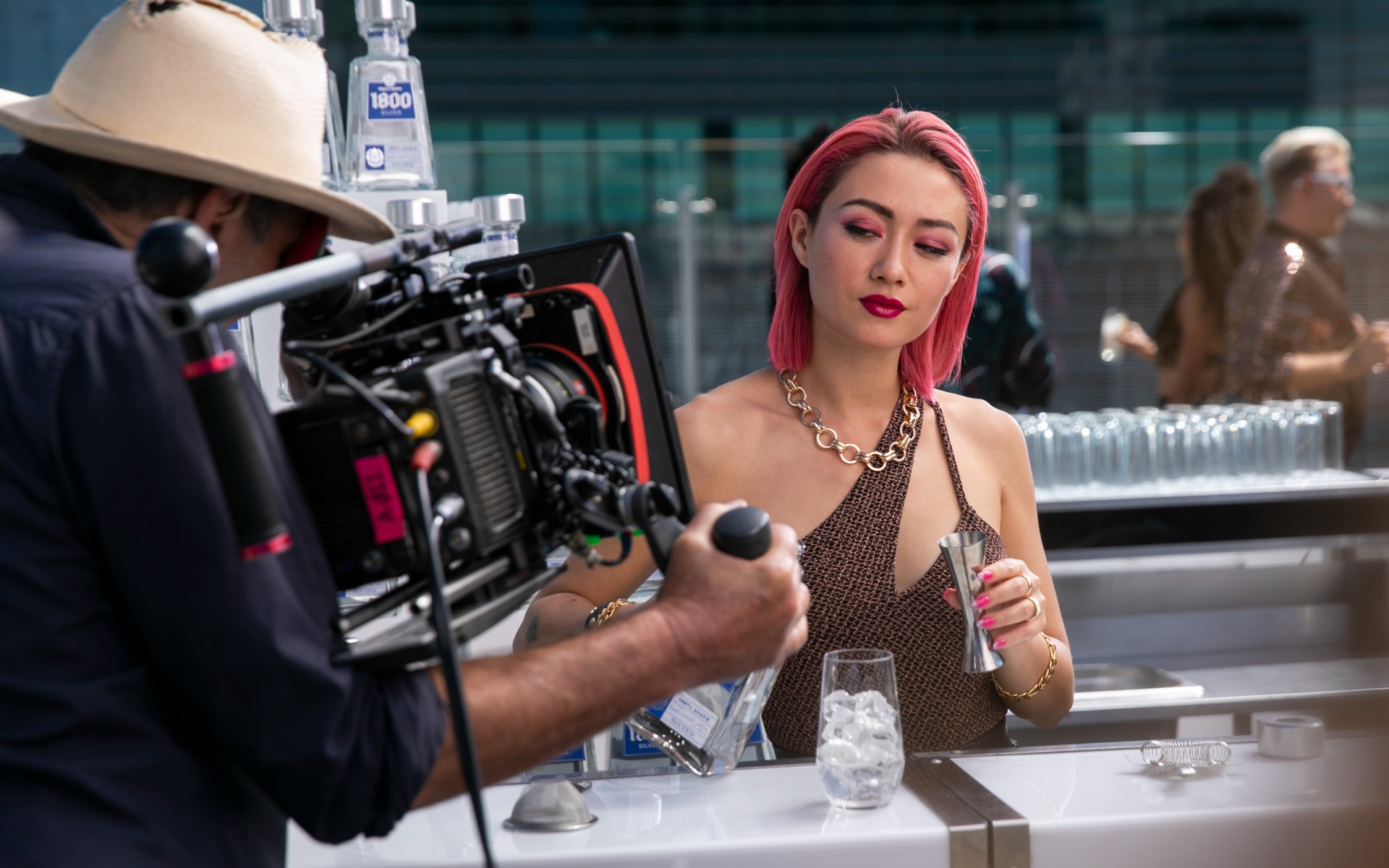 We knew we weren’t going to fill any stadiums or stage any large-scale concerts with in the middle of the second/third wave. Instead, we looked at how we could stage busy-looking social scenes with a cast of 10 people and no more than 20 extras. Working with small numbers of people meant we had to get creative with what we were doing and how we were shooting it, but since the original concept was flexible, we were able to effectively tailor it to the global reality.

Go to the Weather, Don’t Wait for It To Come to You 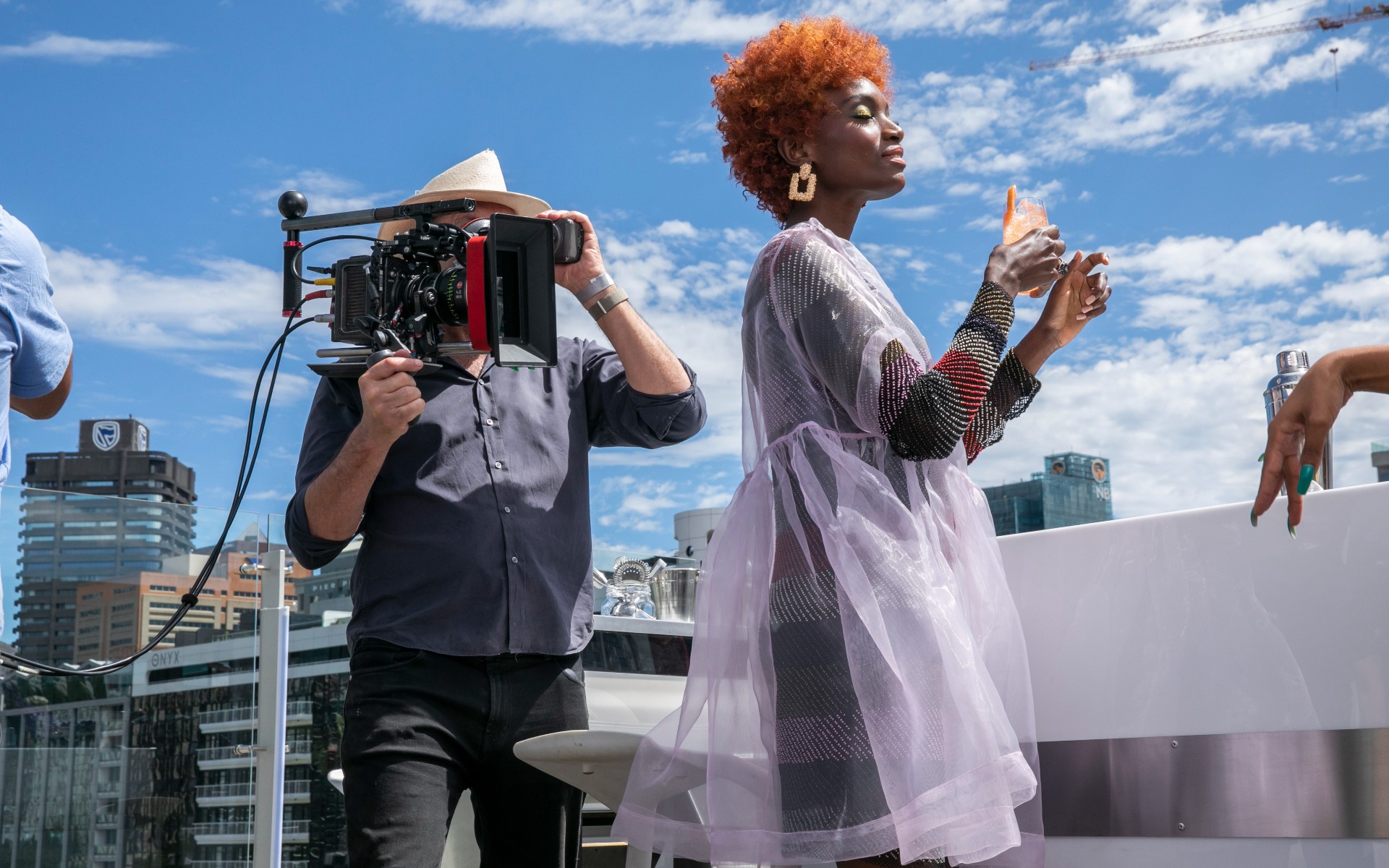 If we had tried to shoot in Northern Europe, the shoot either never would have happened, or would have gone seriously over budget as we waited for the right days to line up for us. Instead, we scrapped the Northern Hemisphere altogether and based our shoot in Cape Town, South Africa. Cape Town not only has almost guaranteed sunshine, good return on your money, and beautiful coastal locations, it also has a thriving production industry which knocks on to our next point…

Only Travel When You Have To

We spent a lot of time deciding who might go to Cape Town and when they might go but even though we wanted to be there, we eventually saw that we didn’t have to be there. Did it make certain parts of pre-production and shooting more complicated? Yes. But by working with an experienced team in South Africa, we were able to put together a 80-person crew to film the entire three-day shoot and send the footage back to us. We beamed ourselves and the clients onto set with live videos feeds so we could make sure things were running as we intended. 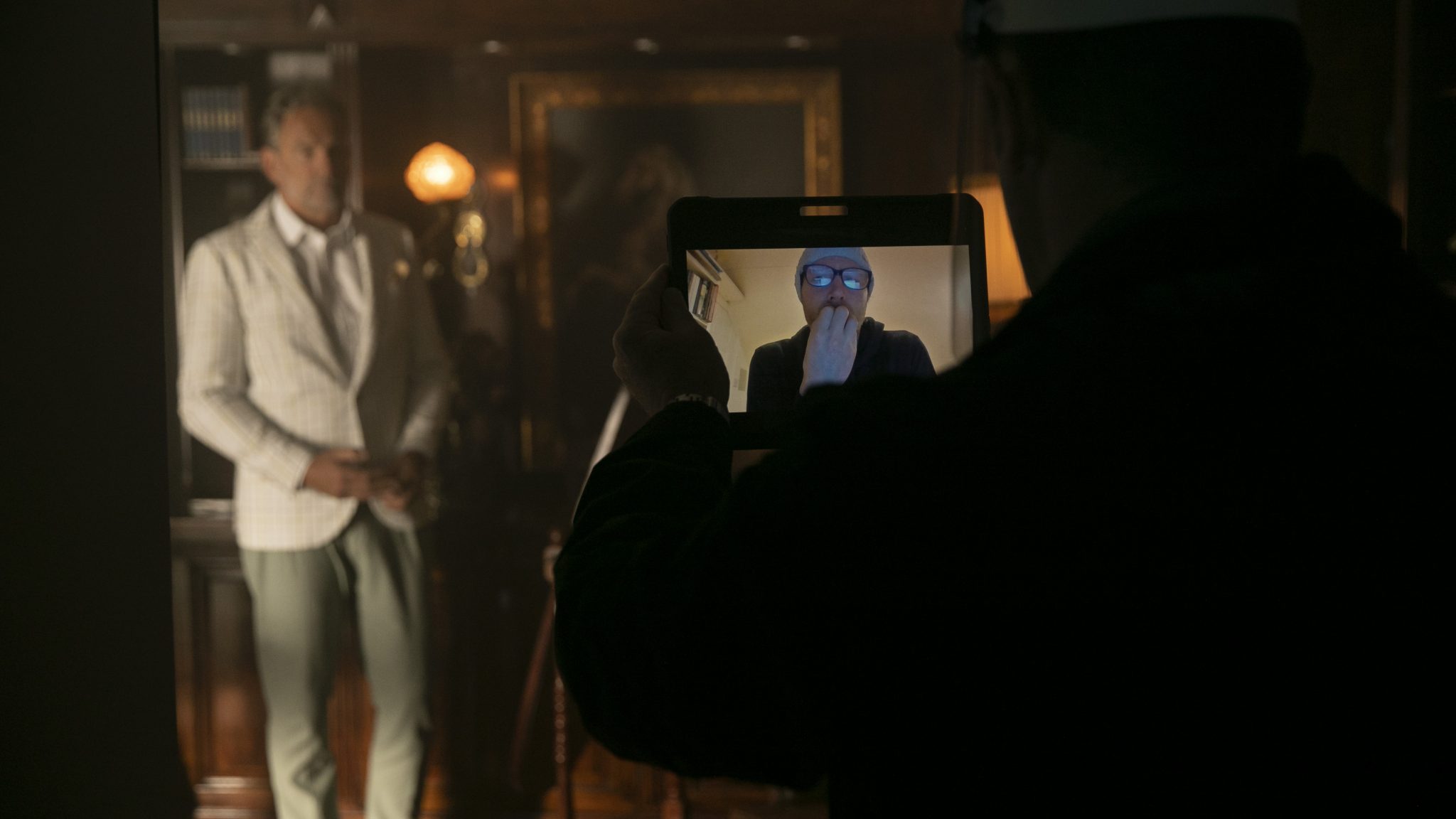 We worked with very good people on this shoot, both on the client side and the production side, but with so many different stakeholders in so many different places, it would have been impossible to keep everyone moving in the same direction if we hadn’t maintained a strict regimen of meetings that kept information moving up and down the line from clients all the way to the ground crew in Cape Town. The “Zoom fatigue” was real, but it was also absolutely necessary to ensure that the project didn’t drift away from the client’s exacting specifications. 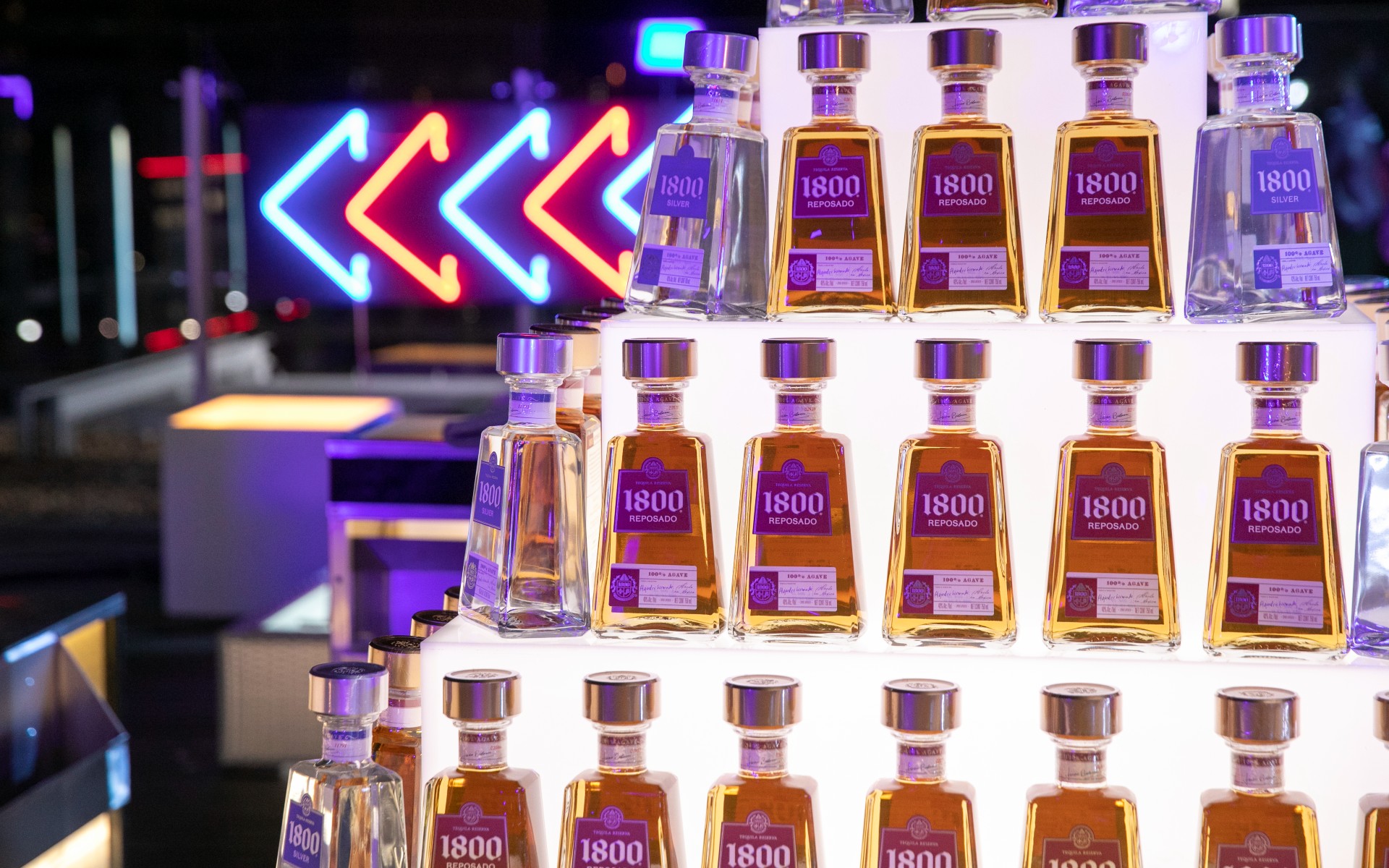 In a world of task management apps the humble spreadsheet is often derided as a matter of course. Don’t believe the hype. For large undertakings requiring numerous people across disparate work places the spreadsheet is going to be your best friend. Our intrepid production coordinator created enough to reach Cape Town from Dublin, but each and every one proved useful in the end.

Work With the Right People 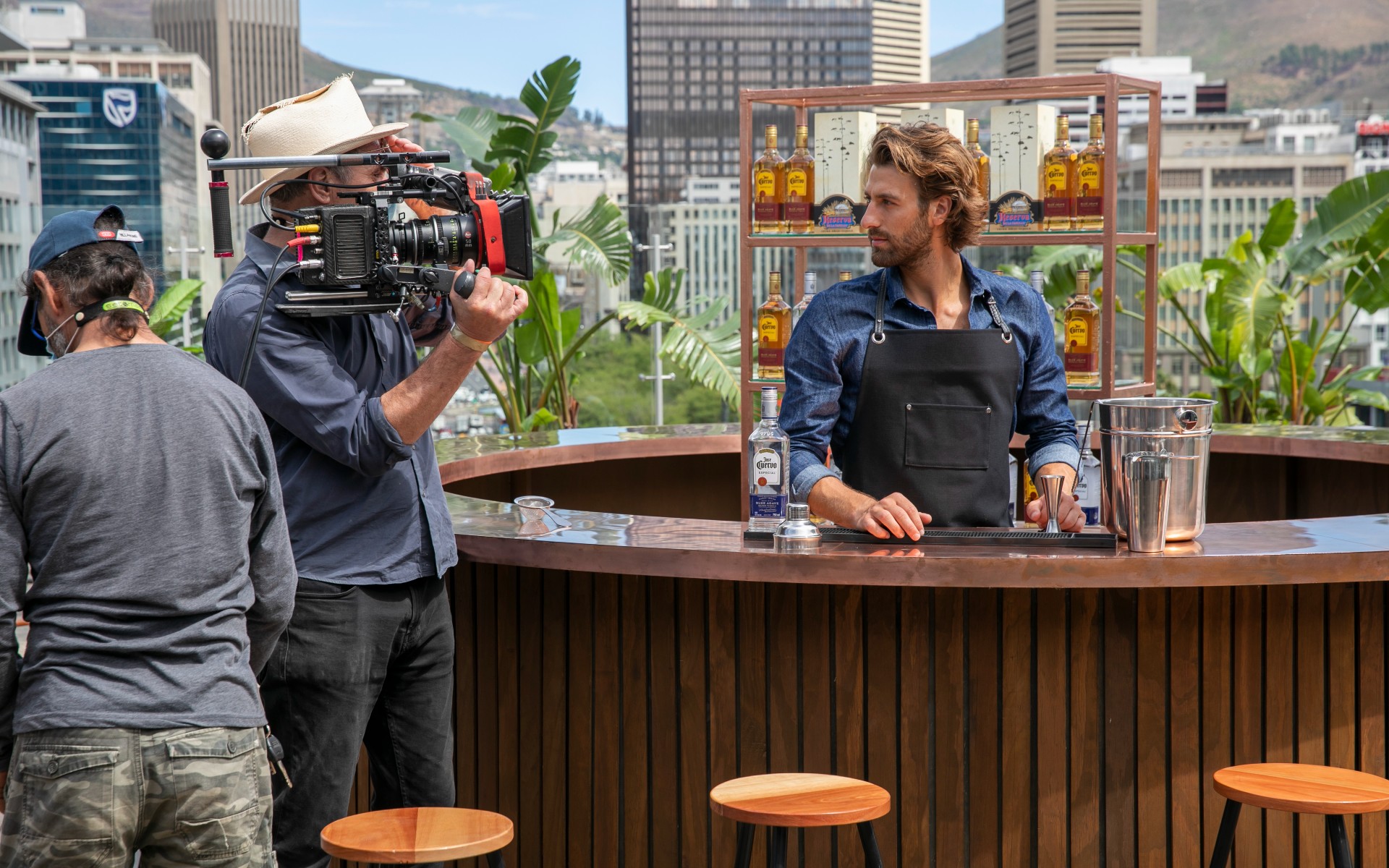 This is true in the best of times and even truer when a pandemic is making the act of collaborating twice as complicated as it would normally be. But we were able to solve all of the problems that arose with the help of the large and experienced Cape Town production team. Because of time and distance restrictions, we had to shoot various shots out of order and knit them together in the edit, and the professionalism and commitment of the medium-sized army of production crew on the ground came through in spades.

Shooting internationally seems daunting, especially if you can’t physically visit the set, but for companies like One Productions, it’s part of the new normal. The “magic” of video is that the growth of the industry and new technologies really have opened up the world to your filming needs. Instead of packing small armies of crew and gear onto planes we place the best local production teams in your chosen location and manage everything from our desks. If you want to be on set we’ll send you a link. The only downside is that you don’t get to hang out around a commercial set and write it off as a work expense. But if that’s what you’re after, we can definitely arrange it.

So Where Can I Start?

One Productions Guide to Animation

Animations are a hot commodity right now. They get your message across without having to …